Zum Inhalt springen
Rate this post
Since we have been living in Morocco we make a trip to the desert in the winter. The first year was an exploration on our own. Last year, my brother-in-law joined us for a week long journey, while this year we set-off for a week with my wife’s parents for company.
This time though we decided to go south via Fès and Errachidia as we have never seen this route.
We left Casa on the 26th of December and took the highway to Fès where we first settled in our rooms, had a coffee, tea and something to eat before heading to explore the city in the afternoon. We had to head back by 6.00 pm as we were invited for dinner by some local friends. A great experience as always. There aren’t many things that compare to Moroccan hospitality. 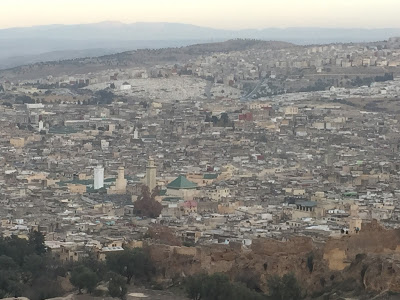 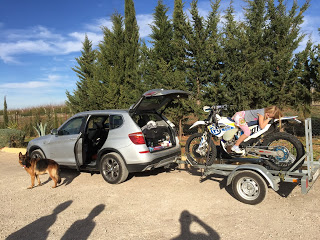 Next morning we set-off for Errachidia through the Atlas mountain. We chose the route that goes through Azrou as we wanted to see the monkeys and the Cedar of Africa. It was worth the effort as we all thoroughly enjoyed the interaction with the wild animals and the walk in the forest.

The drive through the mountain was great. A much faster and similarly scenic route as the crossing through Tichka from Marrakech, this is a better alternative if one wants to visit Merzouga. We arrived to Errachidia just before sunset and experienced the chilly evening temperatures of gate to the desert. unfortunately the rooms were not heated and there was no hot water. This being the first and only negative experience in Morocco even though we already travelled extensively in the country.


The following day we drove the relatively short distance to Merzouga – situated in the Sahara desert, near the Algerian border – and only stopped for tea, coffee and to provide the opportunity to my in-laws to taste the camel milk.
Upon arrival we settled down in the cosy rooms and sat outside to enjoy our fresh lunch under the hot desert sun, before heading off to a 4×4 guided desert tour. While the family and dog enjoyed the comfort of the SUV, I enjoyed being on my bike to get a taste of the gigantic playground the desert is on an off-road bike (video and pics in a separate post under Ride in Merzouga).
We experienced the desert sunset from the top of the dunes even though the long climb was apparently exhausting – something I didn’t notice on the bike…
As night temperatures are freezing this time of the year, our excellent dinner was served in a heated dining room. Sleep caught us early that day.


I woke up early the next day to see the sunrise and take a walk with the dog in the dunes.


After breakfast we headed back to the dunes – this time on camel back. This must be on one’s bucket list and is definitely something to experience. Although not very comfortable, the quiet and beauty of the desert is comparable to nothing else.


Once back to our riyadh, we packed our gear and took off to the next destination of our road-trip: the Dadès valley. We have been there last year and beside the breathtaking scenery and the calmness of the valley, the area provides many wonderful treks to explore.
Our hosts were very nice and friendly (as usual in Morocco) and prepared a wonderful dinner.
Next morning we followed Brahim, our local guide into the valley on foot to is it a spot called „monkey’s fingers“ (les doigts du singe). The path winds through crops and goat treks and follows the river. The dog entered the freezing water on multiple occasions and seemed to enjoy it – as he did last year.
On our way back Brahim saw me taking a picture of the mountains in the background and pointed out that I shall see a face if I turn the picture 90 degrees clockwise. And it is indeed a face 🙂 As a comparison, the picture I took the evening before with the shows and the sun still lighting up the nose, and the picture I took in the morning.


Our next stage was rather short as we headed to „Les Tourmalines“ – a B&B situated by the lake about 20 km from Ouarzazate – a familiar place for us. The owners greeted us warmly and we set down for some bite and beer under the hot sun. We then drove into Ouarzazate for a walk to show the city to my in-laws.


The following day was December 31st. Before leaving Casablanca, I contacted a friend (Peter J. Gray) I met at last year’s Paradis Plage beach enduro race. A guy from Newcastle who moved to Ouarzazate with his wife many years ago and has a good knowledge of the dirt roads in the area. Luckily Peter was available and willing to show me around so I avoided having to explore the tracks on my own – something much less enjoyable and more dangerous.
I created a separate post about the ride that you can access here: Ouarzazate ride.
I must thank Peter as I spent a great day out there.
in the meantime the family visited the Kasbah in Ouarzazate and the film studios. We met up in the afternoon at the hotel and spent the time playing board games and enjoying the sun.
New year’s eve caught us in the bar where we chatted around with the owners before returning to our rooms under the umbrella of the countless stars on the clear sky above us.

The last day of the trip was less eventful. As usual, the trip was long and we spent almost 8 hours on the road before returning home to our cosy beds. Crossing the Atlas through Tichka is beautiful but the hairpins and small roads only allow for a low average speed which makes the journey rather long.
Overall we have spent a great holiday as usual, thanks to the Moroccan hospitality and the wonderful scenery this country has to offer. We spent more than 26 hours on the move and covered 1810 km throughout this trip.

Rate this post As part of our South-Morocco tour, we planned to spend New Year’s Eve in Ouarzazate. Or near. We usually stay 20km from the city, at the border of the lake, in a family run B&B named „Les Tourmalines“. A quiet, wonderful place. Before leaving Casablanca, I contacted Peter, a friend who lives…

Rate this post For this year’s Morocco winter trip I took the motorbike on a trailer to explore some of the sites we were visiting.  When in Merzouga, we hired a guide as usual to take the family to the dunes and the surrounding sites. I used this opportunity to take the bike and ride…